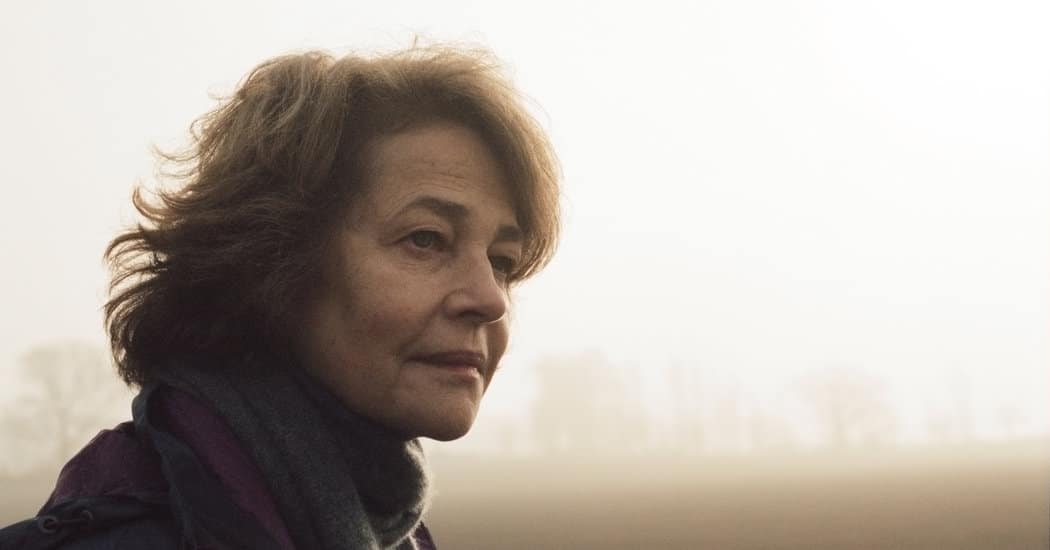 In this series we look at scenes and moments where a film or TV show has revealed a great deal of character information in a compressed amount of screen time.

Writer-director Andrew Haigh followed up his acclaimed film WEEKEND and HBO show LOOKING with 45 YEARS, which he adapted from a short story by David Constantine. It’s a quietly devastating two-handed drama that quite rightly earned Charlotte Rampling an Academy Award nomination for Best Actress.

Five years after cancelling their 40th wedding anniversary party, Tom and Kate Mercer (Tom Courteny and Charlotte Rampling) are preparing for their 45th. A letter arrives that reveals the discovery of the body of a former girlfriend, frozen in the Alps 50 years ago.

Who is Kate Mercer?

Kate Mercer is a retired school teacher who lives with her husband in Norfolk.

Her arc over 45 YEARS is one of questioning the decisions in her life that have led her to this point, especially her marriage to Tom and their choice not to have children.

How much of her life has truly been her own, and how much has been defined by Tom and unresolved issues in his past? Can she compete against his memories of his young lover? How much can you truly know another person, even someone you’ve been married to for 45 years?

Every choice Andrew Haigh makes is deliberate and reinforces these themes, even in a scene that on a first viewing has the appearance of unimportant small talk.

How is Kate Mercer’s character revealed by the action and dialogue?

Kate walks her dog in the countryside.

Returning home, she chats with her postman who’s just had twins. He asks her about Saturday and she says there’s still work to do but it’ll be fine.

She brings the post inside and asks her husband Geoff about the song for their first dance.

He reads a letter, which says they’ve found a body. Her body, Katya, his girlfriend from 50 years ago, preserved like the Tollund Man in the Swedish Bog.

Kate corrects him. It was a Danish bog. She puts the kettle on.

What do we learn about Kate Mercer in these scenes?

The opening few shots establish how isolated Kate and Tom Mercer are geographically, living out in the countryside. Kate is also isolated emotionally from other people including, increasingly, her own husband.

Kate’s relationship with the postman is one of familiarity rather than actual friendship. She asks him to call her by her first name, trying several times to close the distance between them just as she will with her husband in the story.

She’s a retired school teacher, a profession that has kept her close to children without having any of her own. The postman, now a father himself, is the age that her children might have been by now.

This exchange also includes some subtle exposition. The audience know that an important event is happening this Saturday. While 45 YEARS is a drama with a very measured pace, this creates a ticking clock. Whatever happens in the intervening days, the climax is likely to take place at this event.

The precise details of this big event are not important in this first scene, as they can easily be worked out from context later. What is important is how Kate feels about it.

Kate is both looking forward to it and apprehensive because of the amount of work involved. She’s taken on the responsibility of organising the event herself because she lacks close friends or family members who could or would help her (including her husband). 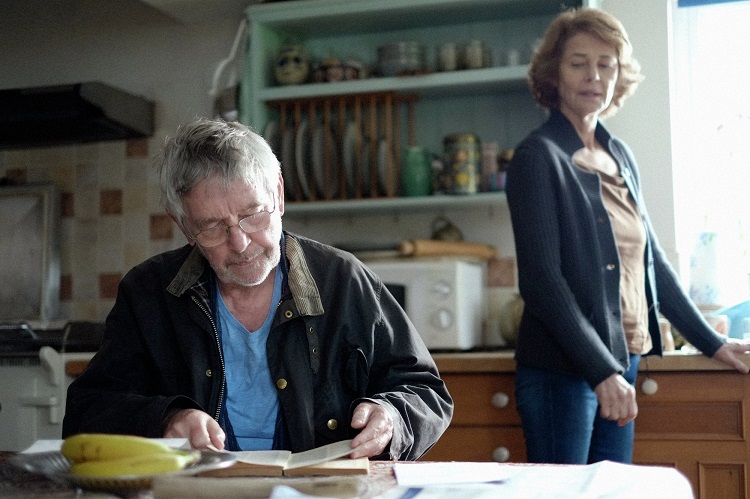 This is confirmed when she enters her kitchen and has to remind Geoff that they have to choose a song for their first dance. She takes a motherly, slightly patronising, with him. He admits that his memory is not what it once was when he struggles translating the German letter.

The cliché that “acting is reacting” applies to this scene. While Geoff is reading parts of the letter, the audience’s focus is on Kate’s reaction. After he finishes, she tries to reassure him, but her expression has betrayed to the audience how deeply the news affects her.

When Geoff compares Katya to “something in the freezer,” the metaphor is obvious. Kate has known all along about Katya, but it’s different now. The glacier ice is melting, revealing not only her body, still youthful, but the memories of her, the issues from early in Kate’s marriage that have been buried.

She corrects Geoff’s reference to the Tollund man, which again establishes her past as a school teacher. More importantly, it shows Kate’s inability to process and express the emotions she’s actually feeling.

Instead, she intellectualises and minimises the news, as if it can all be forgotten over a cup of tea.

Within the first five minutes of 45 YEARS, these two scenes give the audience subtle clues about Kate’s character and the nature of her marriage, as well as introducing the inciting incident that begins the story (the letter). Both Tom and Kate bury their feelings, which only makes the problem worse.

The film only later reveals details of their backstory, that they’ve been married for 45 years and never had children.

Andrew Haigh trusts the audience to be patient, but he’s also training the viewer to infer as much as possible from Kate Mercer’s everyday conversations and her quiet reactions.

If you enjoyed this article, why not check out our article about the Character Reveal of Ricky Baker in Hunt For The Wilderpeople?