The beginning of Industrial Scripts

Industrial Scripts was formed in late 2009 in London and launched quietly and without fanfare in January 2010, from offices on Regent Street in central London.

The company formally entered the world on the 30th January 2010, when our “Effective Script Reading” course took place for the first time, delivered to eight hardy souls brave enough to test this new development and training company.

“Anyone can ‘do development’, and everyone has…” – Naive, slightly bitter Writer-Director-Assistant-Producers everywhere..

We wanted to be the anti “anyone can do development” company – a group of industry specialists with sophisticated script development skills and rock-solid industry credentials.

The very antithesis, if you will, of the lone wolf “script editor“, straight out of uni, working from their bedroom, with no major companies on their CVs, 10s rather than thousands of script-reads under their belts and a fair amount of snakeoil cooking away behind their Tweets and posts.

It was no coincidence that the company launched with hugely experienced script development people attached because in our view, credentials are everything and you have to earn the right over years to run a public script development service in the first place.

“Anyone can form an opinion, not everyone can do development, and not everyone has earned the right to, either…” – Industrial Scripts

So the company name derives from a desire to be seen as earthy, reliable and workmanlike.

There are – and were – other development companies in film and TV whose branding was warm and fuzzy, or of the “promise the world” variety, but neither of these branding routes particularly appealed to us.

The name is also a play on the word “industry”. There are clear lines – the industry (namely those companies and individuals who, on a day-to-day basis get movies and TV shows made and earn a mortgage-paying amount of money doing so) and the new talent (those who have yet to enter the industry in this way, but are intending to).

Industrial Scripts to some degree bridges this divide: we are comprised of current, industry-employed script consultants who are, right now, analysing screenplays for blue chip film and television companies.

Yet, on the flip side, we have an open door policy unlike 99% of bona fide entertainment companies, and analyse a diverse range of material from brand new talent to full-blown Hollywood screenwriters with major film and TV credits.

As a start-up with no seed funding or capital, the early years of the company were challenging to say the least. During 2010 we ran one training course (“Effective Script Reading”) on a monthly basis, and began rolling out our script consultancy services later on that year.

These reports started slowly, but picked up pace quite quickly as word spread and by mid-2011 we had enough scripts coming in to hire new readers.

We also ramped up our training activity around this time, launching our by-now wildly popular “Screenwriting for Beginners” 1-day course, as well as FILTH, LONDON TO BRIGHTON and SONG FOR MARION producer Ken Marshall’s “Making the Low-Budget Feature Film”.

History of expansion, sponsors, and move to Newman Street

As word began to spead about IS, and the work began to flow, we boosted our roster of script development services to 15, and began looking at strategic and brand partners. Having worked extensively for Paramount Pictures in the past, their vast international statue and global name was an obvious choice to become one of our backers, and along with the talent agency behemoth Curtis Brown, Final Draft and Blake Snyder’s Save the Cat! brand, our supporters rallied swiftly.

Renting from HM The Queen on Regent Street had been an enjoyable affair to this point, but her desire to turn said offices into luxury flats left us with a move on our hands. In the end, we moved just down the road to Newman Street, in the heart of Don Draper-land, and began gearing up new services.

By now we were beginning to average 30+ script feedback bookings per month, and this increasing flow of material led to the launch of Talent Connector – a free, bonus add-on service we began offering to our most promising clients. Loosely influenced by the various American talent promotion programmes that had been running for a while, Talent Connector took any clients whose script had been awarded a “Low Consider”, “Consider” or “Recommend” verdict and marketed succinct details about their project to a list of 700+ bona fide agents, execs and producers.

After much internal deliberation we decided to offer this service on an 100% no-fee basis – if a client signed with an agent, we didn’t see a fee; if they sold a script, we weren’t cut in; if they were commissioned on the back of our marketing efforts, again we would see nothing. We took this decision so as not to cloud the waters of what Industrial Scripts is – namely, a specialist story consultancy – and also so our opinions would be taken more seriously, because we don’t have any financial motivation to recommend projects. 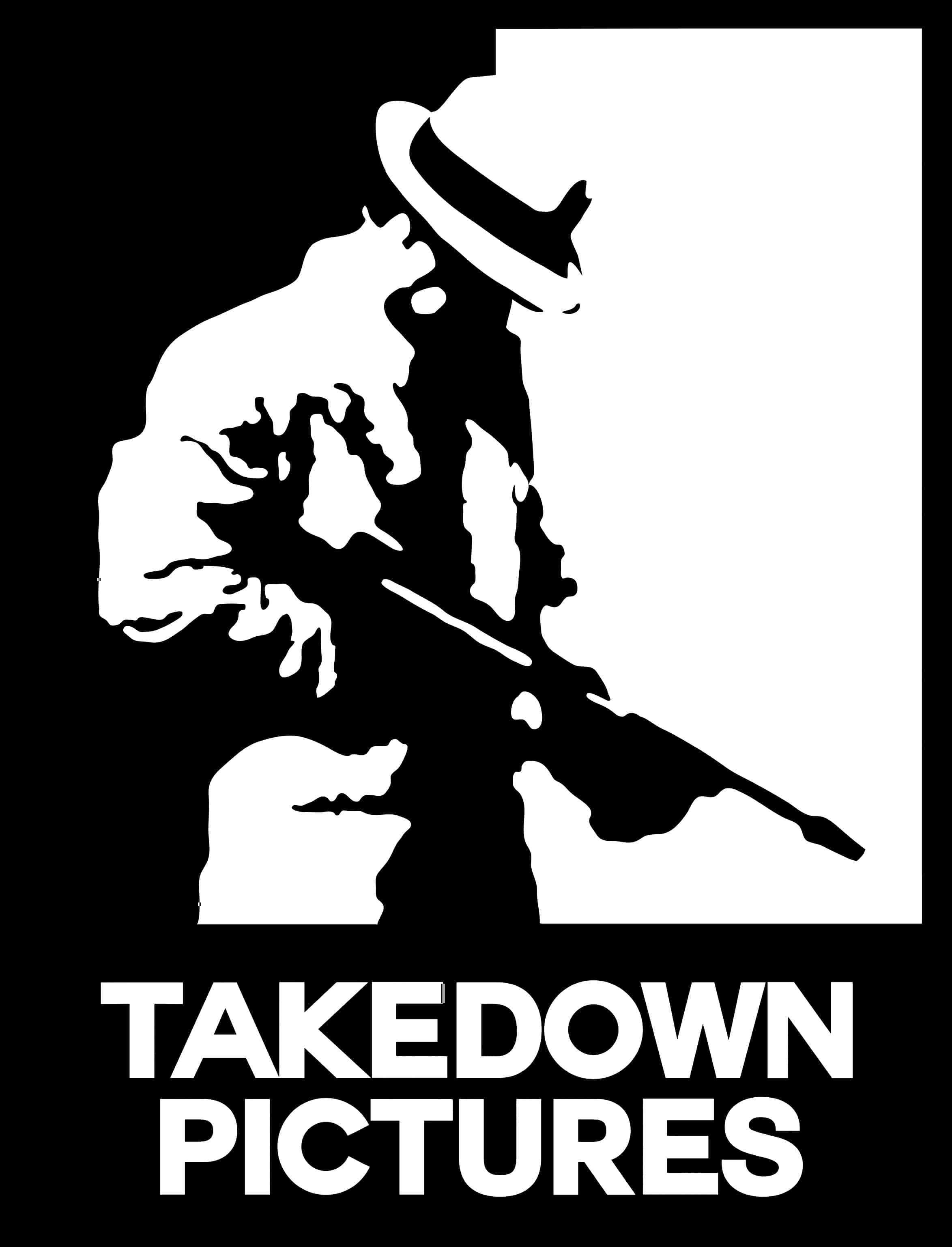 As the company’s market share grew, and its financial stability increased, so we looked to move it into the next phase. The company was always designed as one of the building blocks or foundations of something bigger, and with this long-term goal in mind the creation of a sister production entity, Takedown Pictures was inevitable. The creation of this company coincided with the announcement that our first feature film, WAR GAME, would be co-produced by the Oscar-winning makers of THE KING’S SPEECH, Bedlam Productions. As of June 2014 the project is at 2nd draft stage and we aim to shoot in Spring 2015. Several other projects firmly within the crime/action genre are also in active development and we anticipate that in the years to come Takedown will provide the perfect foil to Industrial Scripts, and vice-versa.

Meanwhile, Industrial Scripts was going from strength-to-strength, with script development bookings rising solidly month-on-month (hitting a record high of 61 bookings in April 2013, a stat to rival any company in the world) and a sizeable chunk of happy returning clients (41% of all bookings at last check) spreading good word about the company. With a bump-up to 20 service occurring in June 2014, Industrial Scripts now delivers (to our knowledge), the widest range of script development services anywhere in the world.

Many story consultants favour a very hands-on approach where writers work with the same consultant from draft-to-draft, and develop the script or book to suit one editor’s notes and vision. Whilst in a script editing capacity this can prove valuable if one can locate a quality consultant (the ones with truly great instincts are few and far between, trust us, we’re constantly looking for more of them!), sticking with the same consultant through draft after draft can be dangerous and is not a development route we necessarily endorse.

We recommend working with different Industrial Scripts readers draft-to-draft, because it mirrors the actual process of the script going out to the industry.

Think about it for a second: the blunt truth about story development is that it’s incredibly nebulous and subjective. You could work with one story consultant, work to their notes, work to their vision, then release the script to the industry where 10-20 people with completely different views, people you would have no control over at all, will read it. If you’re lucky, they’ll concur with that one consultant’s vision. But if they don’t, then you’ve just expended a huge amount of time and effort pleasing one person when a script has to impress a whole myriad of different tastes and preferences to even stand a chance of gaining traction in the industry.

Writers’ tendency to want to “micro manage” the development process, to only work with people who “get” their vision, is a point of view we empathise with but unfortunately the film, TV and publishing industries simply aren’t set up like that. As suggested, when the script or manuscript goes out, a writer will have no control over who reads it. He won’t be able to prep them beforehand, explain his vision, pitch the genre and sub-genre. He won’t be able to explain that the script has taken him 5 years to complete, or that the music the script opens with will be personally composed by Hans Zimmer as he’s a family friend. He won’t be able to stand over the reader’s shoulder, and draw their attention to a particular scene or piece of dialogue. Ultimately, a great script is a great script and must impress a broad range of tastes in order to get anywhere.

All that matters is the script.

The script will simply arrive in someone’s inbox and in the lion’s share of cases be sent out to an external reader. So, once more, trying to micro-manage the process or work with a consultant who particularly “gets” your vision can be a dead end in our experience.

Ultimately, if a reader did not fully appreciate certain aspects of a script, then the onus rests firmly with the writer to clarify these elements so that when the project does go out to the industry, whoever’s inbox it lands in stands the absolute best chance of getting said vision.

Superior drama. Superior conflict. Superior characters. Superior narrative. Nail these, and your script will be taste-proof…

First and foremost the company is a business and we make no secret or apology for that. For many years through the 90s and Noughties script development and training companies in the UK relied heavily on government subsidies and grants in order to run their businesses but for Industrial, this was neither a route that appealed, nor was it one available to us. The funding dried up during the economic crisis and a number of these organisations drifted off into the ether, unable or unwilling to run themselves without the support of the funding bodies.

Industrial Scripts is not a charity, or a commercial enterprise lurking behind the “front” of a not-for-profit. It is a business, and we approach it like an electricians, a plumbers, or any other service provider would. We have overheads and costs and profit and loss sheets like any other company. Other script consultants and for-profit screenwriting organisations both in Europe and America are keen to bury or mask these facts but we believe running the company like any other business keeps everyone honest, and the standards high.

“The company’s overarching goal is pure, and simplistic: to deliver absolutely the best service be it via story analysis or on a course, to our clients” – Industrial Scripts

As of early 2014 our work has brought us to the attention of the funding agencies and whilst we may work with them moving forward, it is never our intention to run the company on handouts. From this basis then, our performance means everything. If we do not have a satisfied customer base, then word spreads – and fast, in an industry this small and close-knit. We relish the pressure that comes with elite performance, and ultimately work to a very simple, pure goal: to deliver the best script feedback in the global marketplace to our clients.