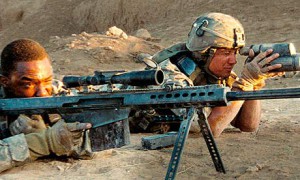 One of the most highly touted war films in recent memory, THE HURT LOCKER is a riveting, extraordinary story of courage and survival on the Baghdad bomb squad, directed by Kathryn Bigelow, from a script by journalist and screenwriter Mark Boal, who researched the material by traveling to the war in Iraq where he was embedded with the U.S. Army bomb squad in 2004. Boal’s screenplay, a fictional tale inspired by real events, follows the layered, complex relationship between three soldiers who are thrown together in the crucible of combat, and stars Jeremy Renner, Anthony Mackie, Brian Geraghty, and Evangeline Lilly, with Guy Pearce, Ralph Fiennes and David Morse. In addition to the complete shooting script, this Newmarket Shooting Script© Book includes an exclusive introduction by Kathyrn Bigelow, a 16-page color photo section, production notes, storyboards, and complete cast and crew credits.
Author: Mark Boal Publisher: Newmarket Press ISBN: 978-1557049094 Format: Paperback Pages: 160 pages Product Dimensions: 22.6 x 17.3 x 1 cm